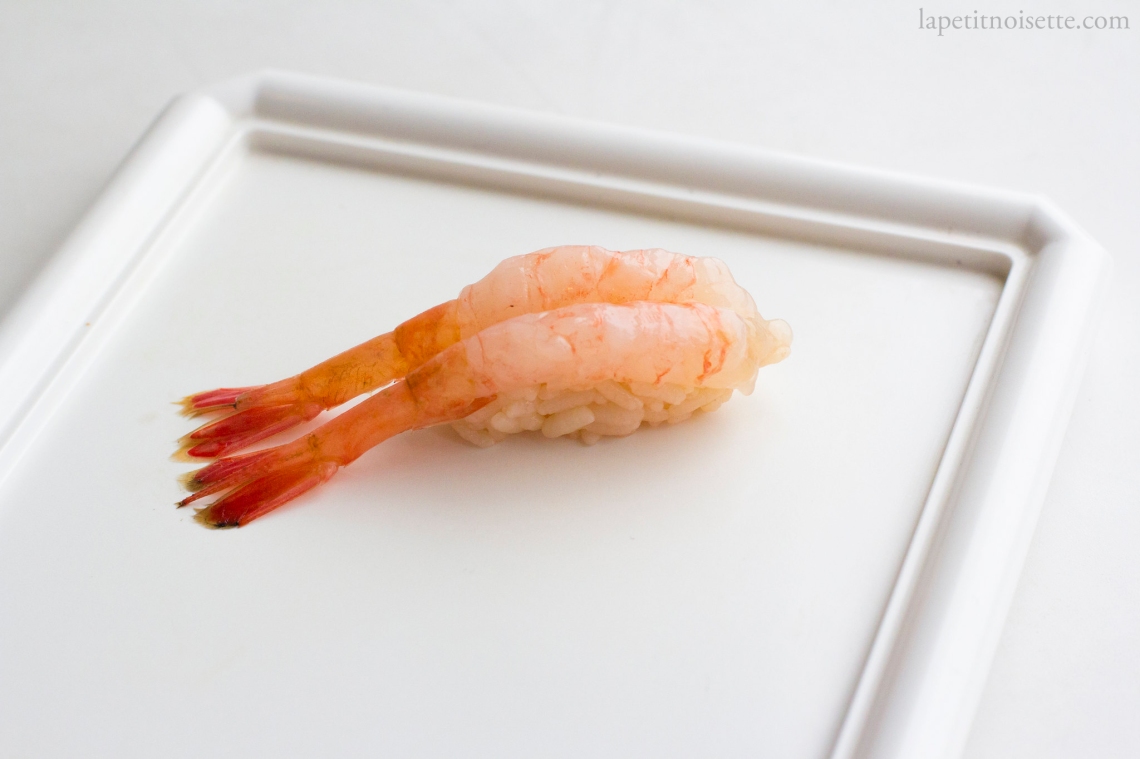 As winter comes along in Japan, the ocean temperature surrounding Japan starts to drop, creating ideal conditions for Amaebi to thrive. In season during the winter, Amaebi tastes best caught in Hokkaido, where the water is the coldest. Whilst only used at traditional restaurants when it season, it is now available all year round due to imports. Known as Pandalus borealis, these shrimp change sex as they mature, starting off as male for the first one or two years of their life before turning female. This however, varies based on environmental factors, as will delay becoming female if it allows them to maximise their reproductive potential.

The taste of Amaebi is exceptionally sweet, which is why it is served raw, unlike Shako or Kuruma Ebi, which are both served cooked. They quickly lose their sweetness when not eaten fresh, and also go bad quickly. Signs of un-freshness include black spots in the head and a dulling red body colour. They should not be slimy, and have a firm texture.

When served on nigiri, they are normally served in pairs of two due to their small size. Amaebi large enough to be used alone for a single piece of nigiri are extremely rare and are probably important from a different country. When served, they are first peeled with the tail left on for decoration. If served in Gunkan Maki with seaweed however, they are completely peeled.