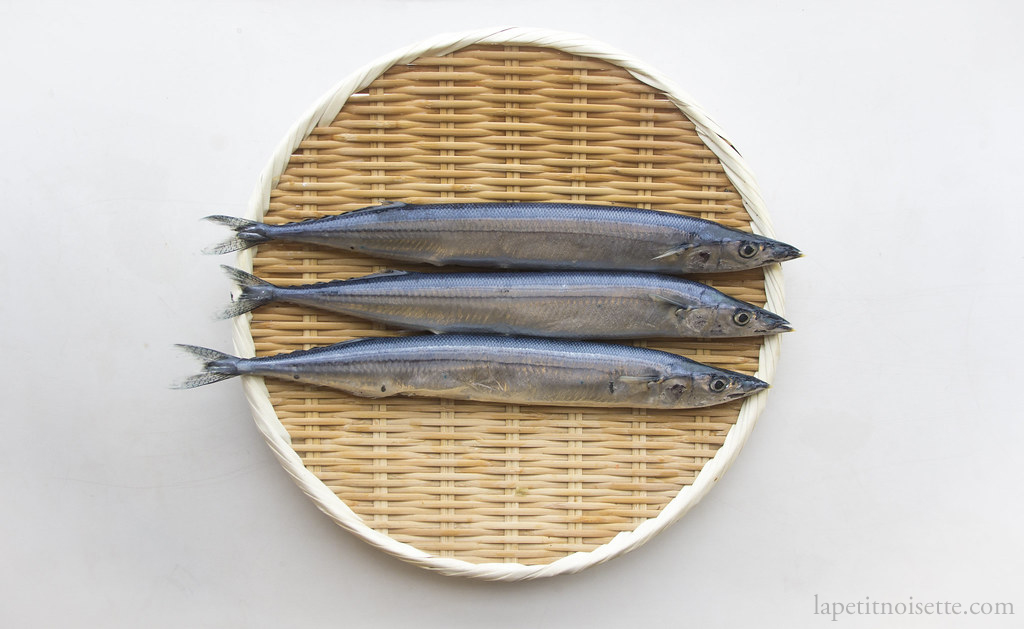 Sanma or Pacific Saury is not a traditional Edomae fish served as sushi. More famous for being grilled with salt, Sanma comes into season during the autumn, with its name 秋刀魚 meaning autumn knife, with its silver skin and long body shape resembling a sword. During the Edo period, Sanma was classified as a low class fish not fit for consumption.

A relatively cheap fish, it is a good source of protein, with the highest quality of Sanma coming from the cold waters of Hokkaido. Most Sanma sold in Japan is not safe for being made into sashimi, so please check before doing so. It is categorised as a sliver skinned fish (Hikarimono/光り物). As a silver skinned fish, it is sometimes prepared in the same way as Kohada and Kasugo, being salted and marinated in vinegar. However, Sanma can be served fresh with a small amount of grated ginger and spring onions.

Preparation of Sanma for Nigiri Sushi:

After descaling the fish, cut off the head of the fish just behind the pectoral fin. 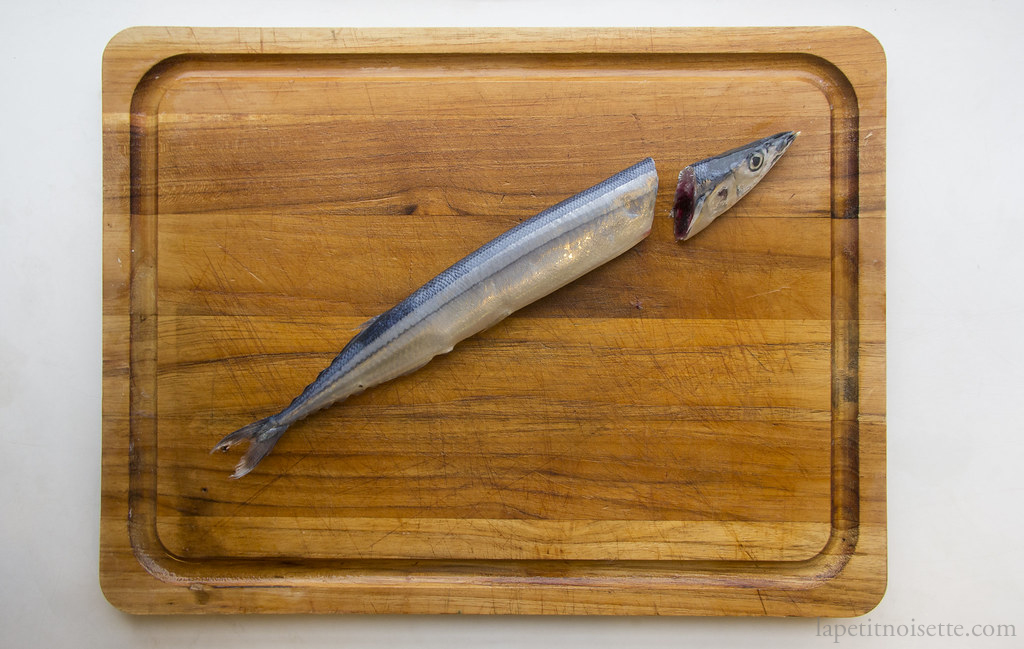 Make a cut down the belly of the fish starting from just below the head all the way to the anus. The cut runs through the pelvic fins, separating them into right and left pelvic fin. The flesh in between the pelvic fin is tough and will require some force. This is why the sharpness of the knife is important. Be careful not to cut yourself.

Open up the entire fish cavity and pull away the innards.

Rinse the cavity with cold water and clean throughly. Wash the chopping board and wipe dry. The fish’s air bladder is located at the centre of the cavity where the rib cage meets the backbone. The air bladder is connected to a blood line that needs to be removed. Cut open the bladder by running the knife through it all the way to the blood line underneath. Whilst under a light stream of cold water, wash the cavity and remove the blood from the blood line. Use an old toothbrush the remove and bit and pieces. 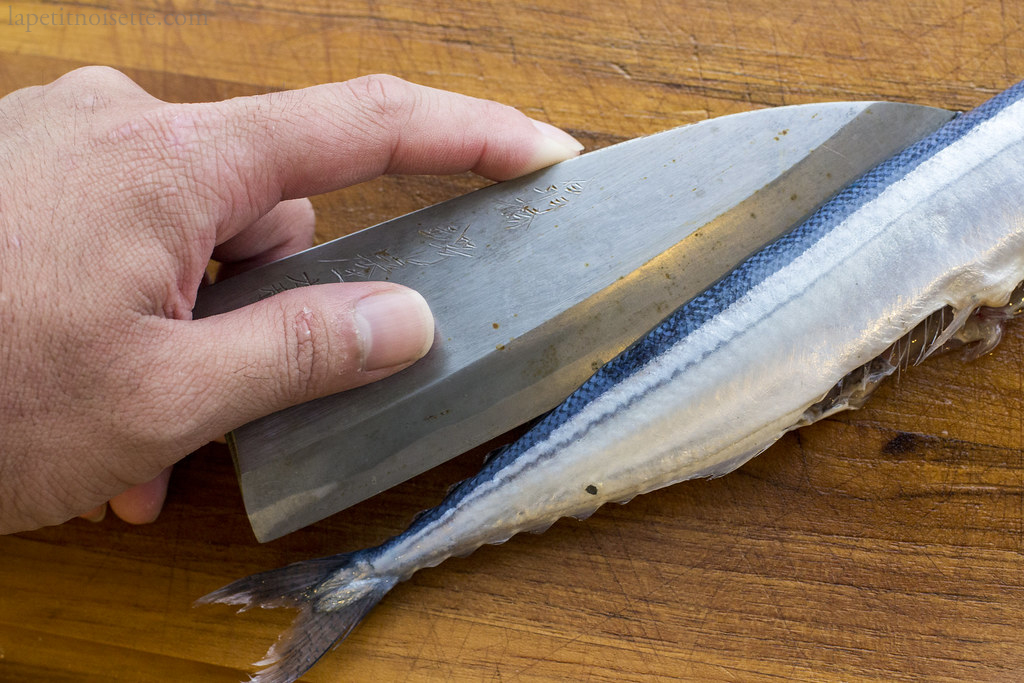 To finish preparing the Sanma, repeat for the other side of the fish to extract another fillet.

Generously salt a colander and place the fillets on a colander. Salt the flesh of the fish as well. In the example below, you’d notice that the rib bones were not removed from the fillet when salting. This prevents the fish from being over salted in smaller specimens. If the fish is large, remove the rib bones before salting.

Serve as it is for nigiri or make many small cuts to improve the texture of the fish.