Iwashi is another fish commonly seen at sushi restaurants nowadays. It is however, not a traditional Edomae-style fish as it was impossible back then to keep sardines fresh enough to be transported into Tokyo. Back then (and even now), the stomaches of the sardines would disintegrate extremely quickly, making the stomaches “melt”, as to break apart even if just handled using your fingers. With refrigeration and ice, serving sardines as sushi increased in popularity, but it was still served marinated in vinegar to hide the freshness.

Classified as a silver skinned fish (Hikarimono/光り物), it is traditionally salted and marinated in vinegar. With today’s transport system, fresh sardines can be served as nigiri, with high-end sushi restaurants sometimes not marinating it in vinegar, and instead choosing to showcase it’s taste raw, using grated ginger instead of wasabi sandwich in-between the rice and sardine. As they are very fragile, the entire filleting process is done by hand. 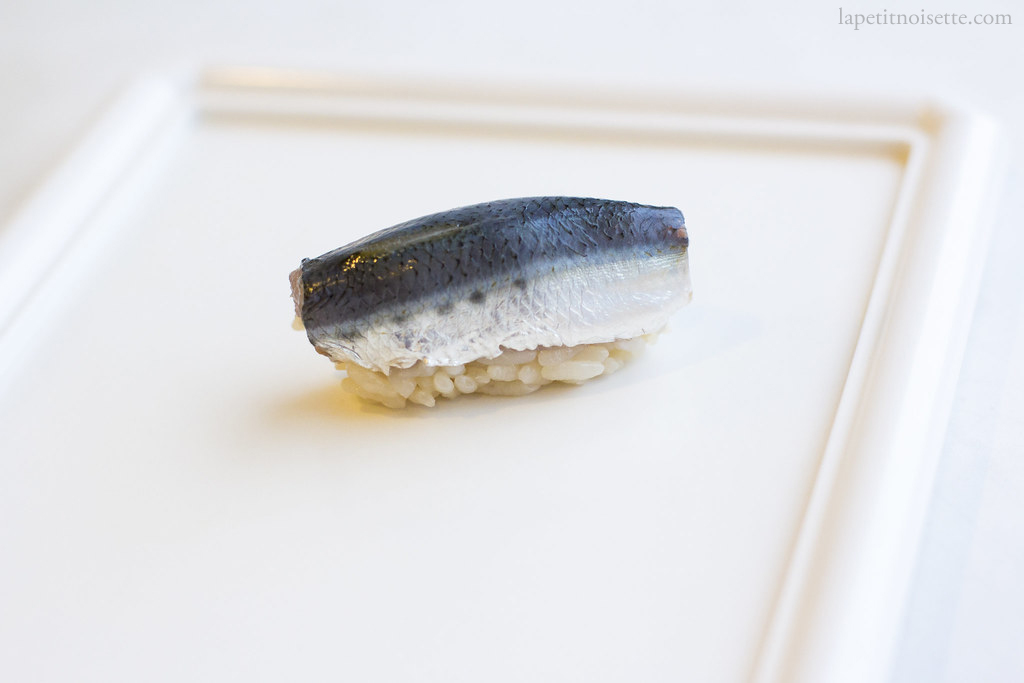 In season from late summer to autumn, they start to grow larger and larger later into the season, up to the point where they are usually grilled instead. Whilst available throughout the year, they become extremely fat just when the rainy season stops, at this point, they are perfect for nigiri, with the correct balance of flesh and fat. Any later and the sardines would have too much fat and flesh. When preparing sardines, we remove the heads and innards as soon as it arrives at the restaurant, if not it will quickly go bad. This is very different from Kohada which we sometimes keep for 2 to 3 days in ice water with the guts intact.

In between filleting sardines, please keep them in ice water as they go bad extremely fast. The sardines used here are one sardine per nigiri.

Start by rinsing the sardines in cold water.

Cut the heads off the sardines just behind the pectoral fin with a knife.

Cut open the stomach of the sardine with a knife and remove the guts.

Cut off the tail with a knife.

From here onwards, use your hands. Rinse the bodies of the sardines in cold water and remove any dirt and blood. Pat dry with paper towels. 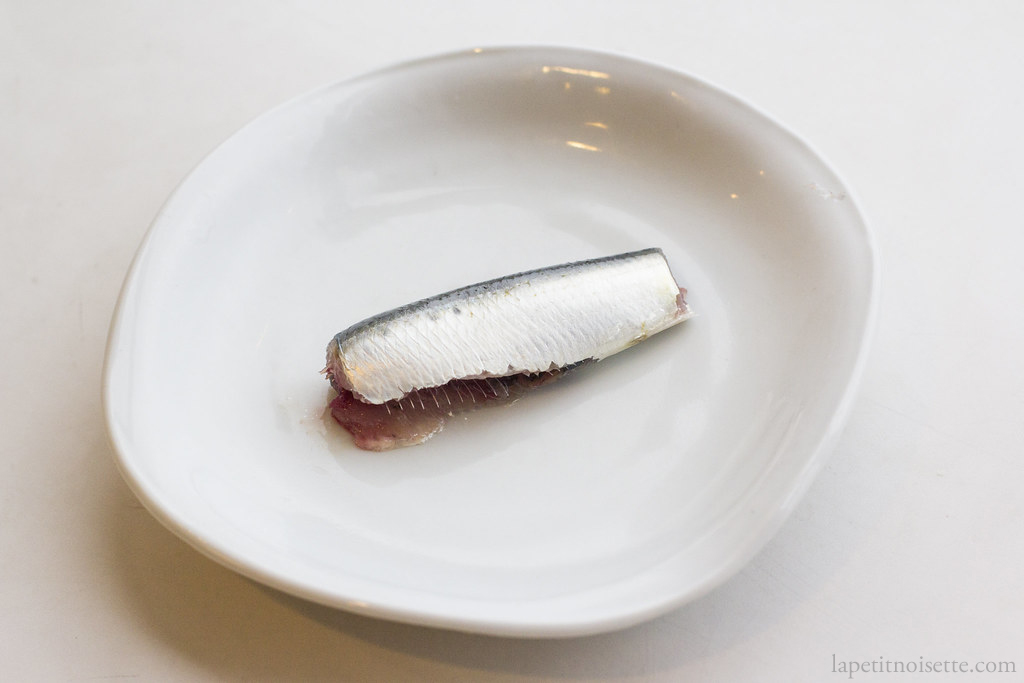 Slide you thumb just under the fillet and slowly separate the flesh from the spine. 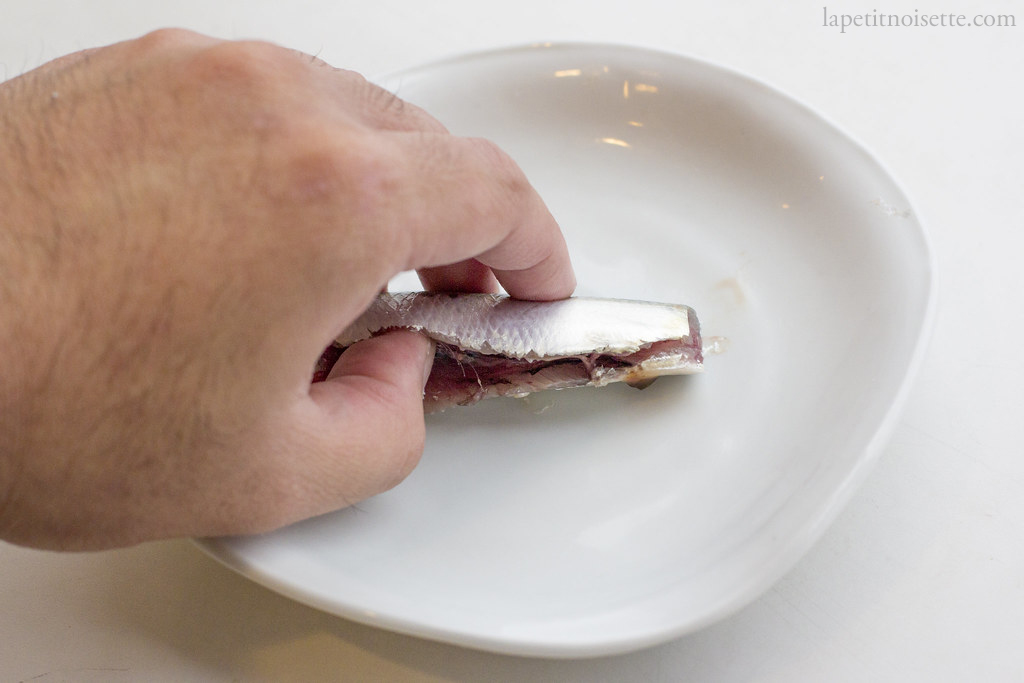 Keep going until the fish opens up like a book.

Gently insert your thumb under the fillet to remove the spine completely. Be careful not to tear the flesh.

If using larger sardines, slice off the rib bones gently with a very sharp knife.

Salt a colander well and place the fillets on the colander. Salt the fillets and allow to marinade before washing off after 20 to 25 minutes, 25 minutes for large sardines. 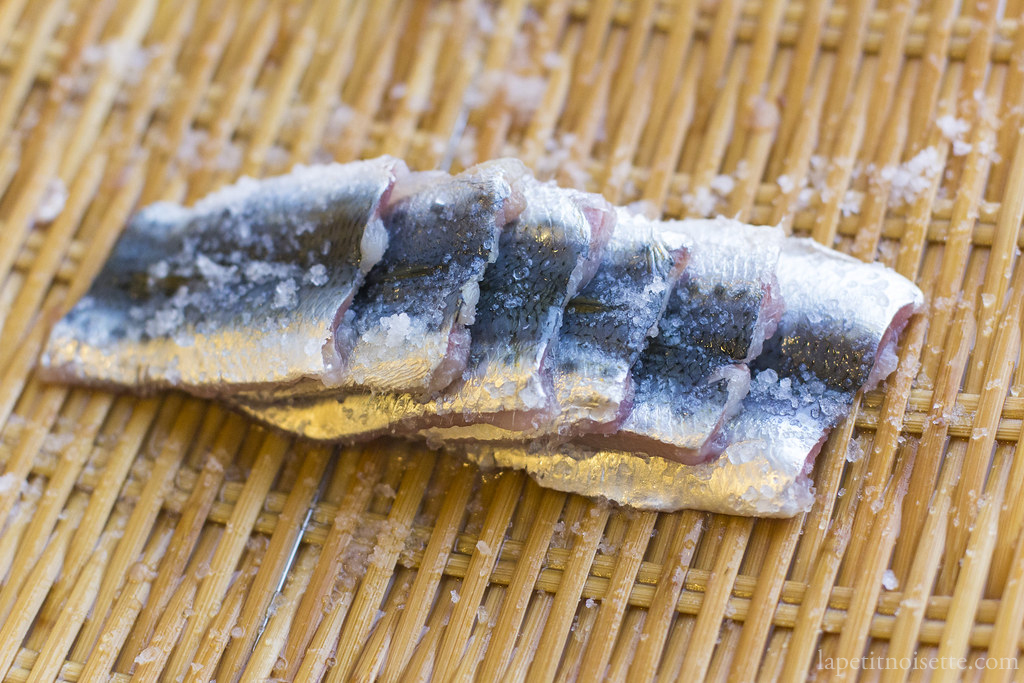