In short, Mako Garei, which has both eyes on the right side resides in the Pleuronectidae family. This family contains certain species of Halibut and soles, but the Mako Garei is still classified as a right-eyed flounder. Mako Garei is in season from the start of spring to the end of summer. Just like Hirame, the taste of Mako Garei is subtle and is more appreciated for its texture. In order to improve the taste and texture of Mako Garei, larger ones are sometimes aged for 2 to 3 days. This allows the enzymes to work on the fish, increasing it’s glutamate acid content and making its texture softer. To learn more about fish ageing, look here.

The scales of Hirame and Mako Garei are also very tough and therefore usually cut away with a Yanagiba knife instead of using a fish scaler. This is done even if the skin of the flatfish is eventually removed before being served as sushi.

In the example shown below, the Mako Garei is wild caught and weights around 1kg in size. The scales on this younger Mako Garei are soft enough to be removed with a fish scaler, which is what I have done in the example below.

After washing the fish in cold water, start by descaling the fish. We descale the fish using a urokotori (鱗取り), a traditional Japanese fish scaler. Run the scaler against the direction of scale growth to most efficiently remove them. Wash away the scales and slime with cold water. Whilst descaling, we run a small stream of cold water onto the fish from the tap to prevent any scales from flying about. Scale both sides of the Mako Garei. 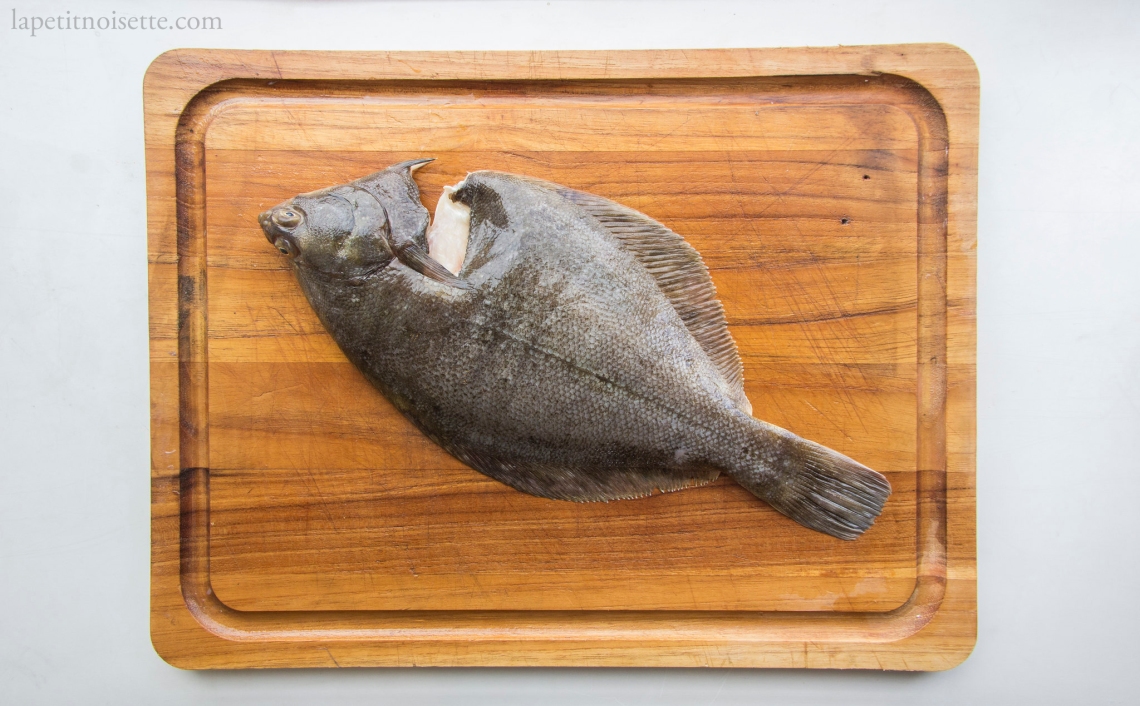 Place the fish inside a large plastic bag and remove all the air from the bag by bunching the end of the plastic bag together and sucking it out with your mouth. Alternatively use a vacuum pack machine. This minimises air exposure during ageing. Tie the end of the bag to prevent any air from entering. Alternatively, if using a vac pack machine, the machine should automatically seal the bag.

After ageing, cut open the bag and remove the fish. Discard the paper towels and place the fish on a chopping board. Cut a straight line from the top of the remove head all the way down following the backbone to the tail. 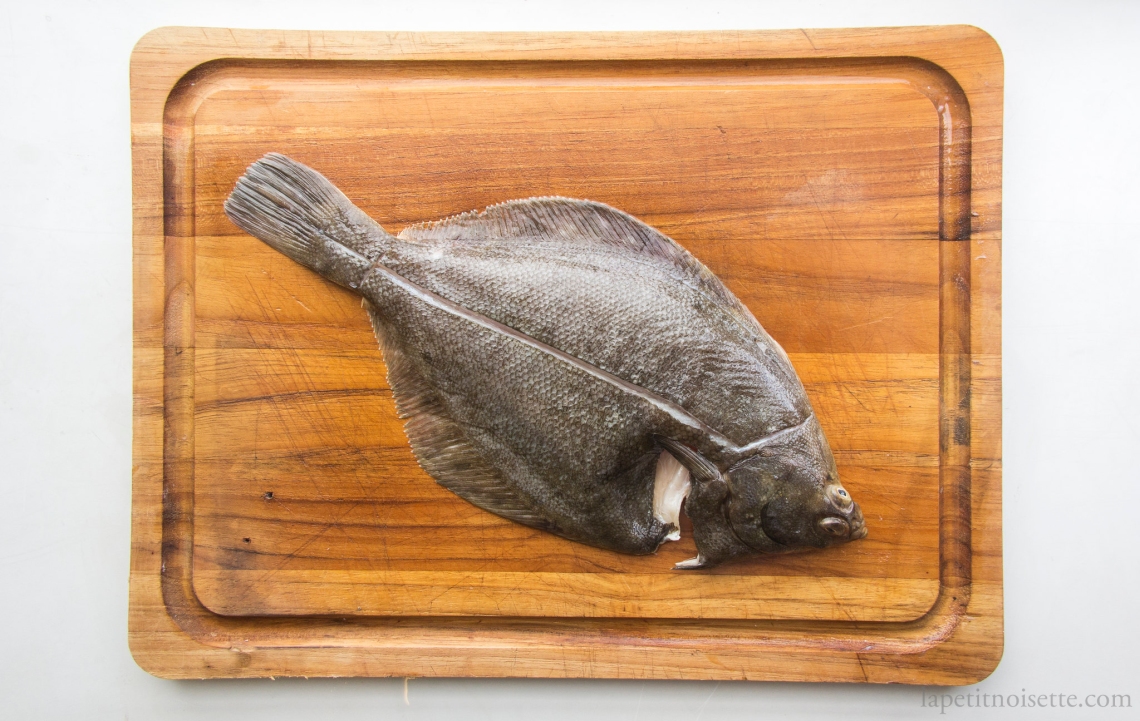 Insert the tip of the blade underneath the flesh from the previous cut, angling the blade downwards. Using long cutting motions, slight the blade between the bones extending from the backbone and the flesh, slowly teasing out a fillet. You should be able to feel your blade sliding along the bones, reducing wastage. 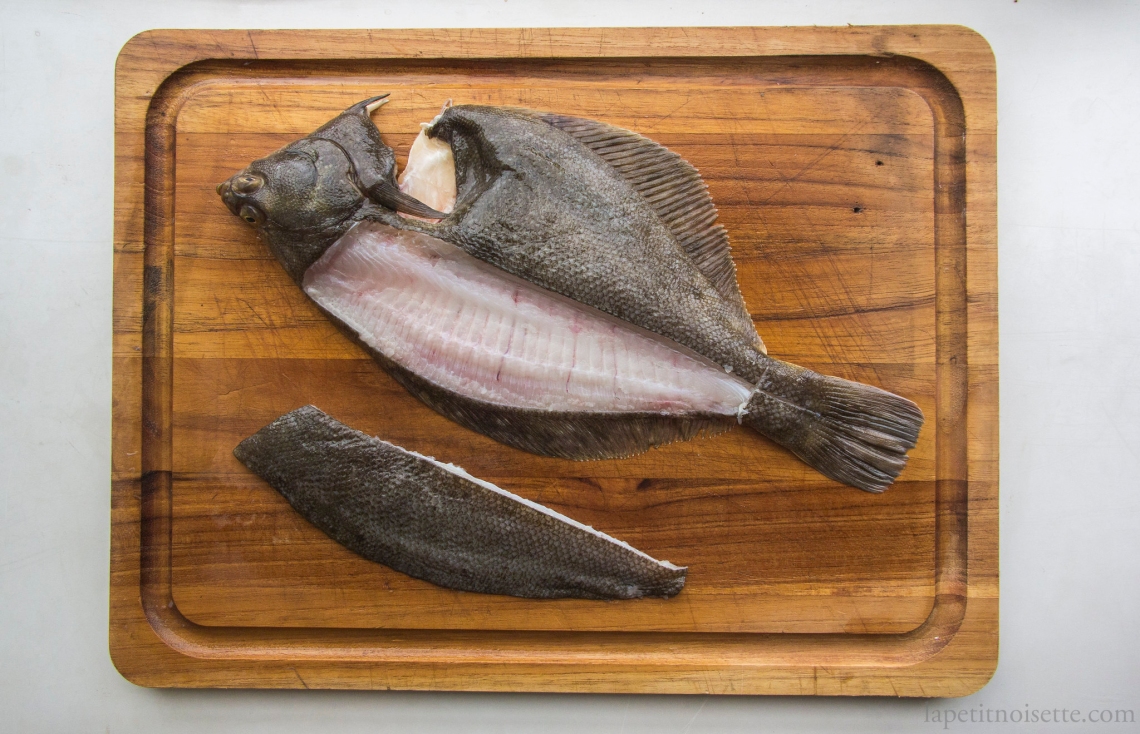 Repeat the process to remove the second fillet on the same side.

Turn the fish over and repeat the same process to obtain a total of 4 fillets.

Remove the skin off the fillets by making a small cut underneath the tail of the fillet between the flesh and skin. Start by cutting into the flesh and stopping just at the skin. When the blade just touches the skin, use a back and forth motion on the skin to gently separate the fresh from the skin whilst angling the blade until it is flat. The blade should remain still whilst you only move the skin. (Refer here for images)

Just like Hirame, the Mako Garei also has the little flesh on the fin or Engawa in Japanese (えんがわ/縁側). As the most exercised part of the fish, this part is more chewy and stronger in flavour, making it a prized piece of sushi. It is extremely rare, with only around 15 pieces being able to be made from a 2kg Mako Garei.