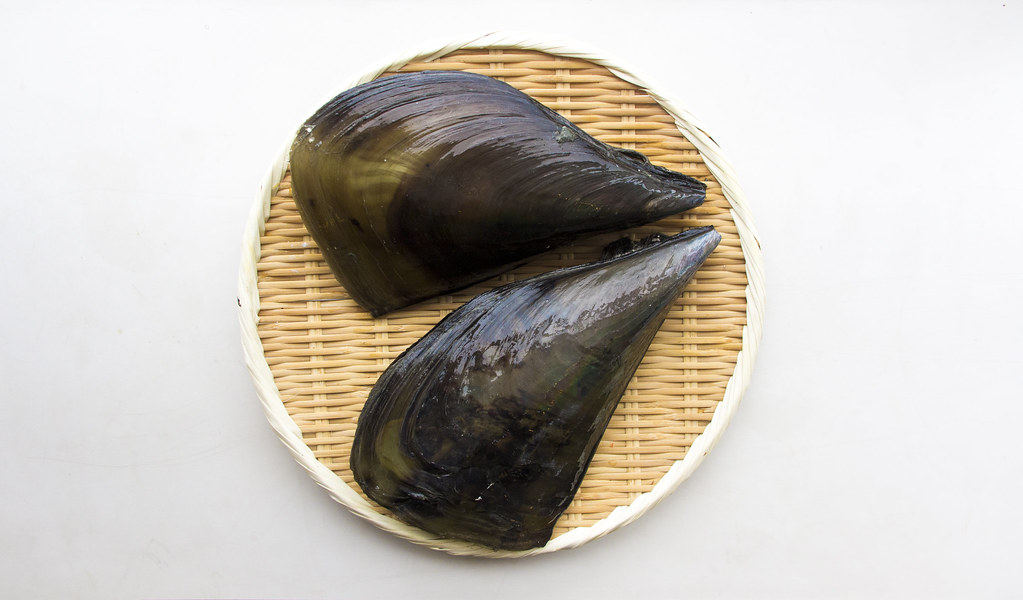 Japanese pen shell, or Tairagi ( Atrina pectinata) are a shellfish in season during the winter. Whilst it looks similar to mussels, only the abductor muscle of the Tairagi is eaten, unlike mussels, where the flesh is eaten and the abductor muscle is left behind. Tairagi shells can grow up to sizes as large as 30 to 40cm, but yields a piece of flesh slightly larger than a scallop. Therefore, the yield for Tairagi is actually tiny, making it an extremely luxurious ingredient.

At the peak of winter, the white flesh of Tairagi takes on a slightly amber colour, indicating a more pronounced flavour. Tairagi tastes and looks similar to scallops, but is firm and almost crunchy in texture, like scallops which are soft. Sliced thinly, many shallow cuts are many on the Tairagi to improve its texture.

The best way to open a Tairagi shell is actually with a bread knife that is long enough to reach through the huge shell. Furthermore, the teeth on the bread knife allows you to cut though the tough flesh of the Tairagi. 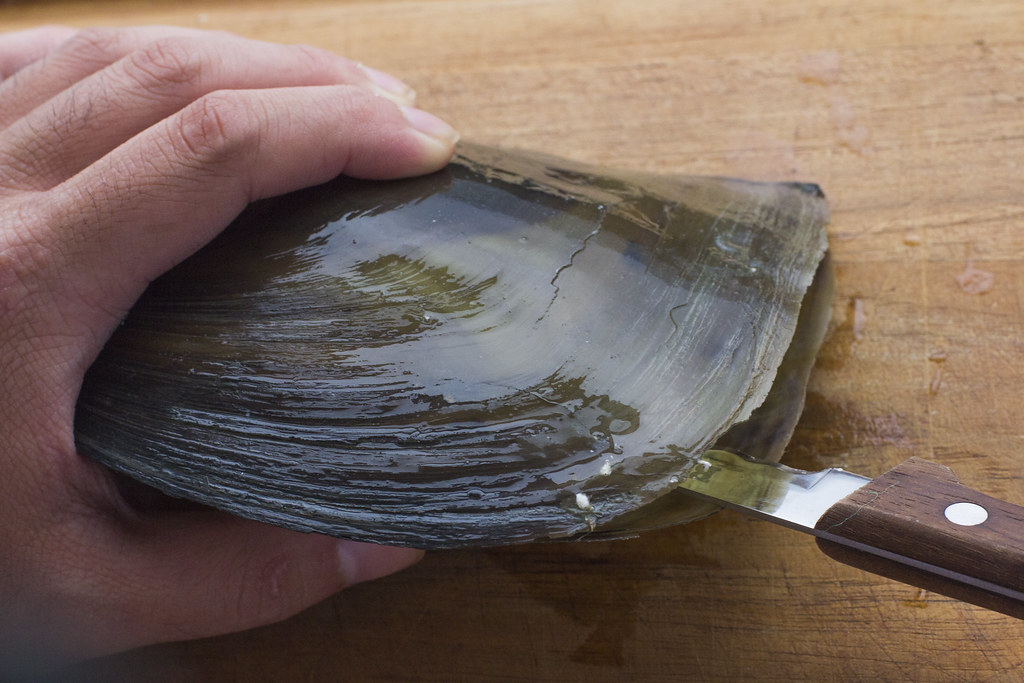 Gently saw through the flesh of the Tairagi, again pressing the knife as close to the shell as possible. The two seperate shells should automatically open when cut through.

Use a spoon to gently scoop the flesh out from the other half of the shell.

After removal, use your fingers to gently pull away the intestines and organs away from the flesh without accidentally damaging the flesh.

Quickly rinse the flesh of the pen dry and dry. Do not soak in water as the flesh absorbs water which will dilute the flavour.