This article leads on from How Katsuobushi is Made (鰹節が出来るまで).

Whilst the typical store bought katsuobushi have already been pre-shaven and stored in bags in the form of hana katsuo (花鰹), katsuobushi typically used in high-end kaiseki restaurants and more traditional households, are freshly shaven from whole blocks.

A whole skipjack tuna is broken down into its various parts before being made into katsuobushi. The doll below shows each constituent part:

As with the Western way of filleting fish, each fish yields two fillets and the bone frame. For making katsuobushi, each fillet is cut down the middle separating the dorsal (back) part of the fillet and the ventral (belly) part of the fillet.

This means that for a single skipjack tuna between 4 and 6kg*, each tuna yields four blocks of katsuobushi, two dorsal fillets and two ventral fillets.

The dorsal fillets of a katsuobushi are known as back fillets (背節 sebushi), or male fillets (雄節/男節 obushi). As they come from the back of the fish, these fillets have a very low fat content. The higher the fat content, the stronger the taste of the fillet. As such, the dorsal fillets are more suited to delicate soups or pure dashi for drinking. Beginners are also recommended to buy dorsal fillets as they tend to be straighter and easier to shave (the higher muscle percentage helps stop them from breaking apart).

Conversely, the ventral fillets of a katsuobushi are known as stomach bushi (腹節 harabushi), or female fillets (雌節/女節 mebushi). As they contain the belly of the tuna, their higher fat content provides a more robust and rich taste, and is more suited to food with a richer taste such as meat stews and boiled dishes. The resulting dashi made from the ventral fillets will also be slightly cloudy due to the fat content. They are slightly more difficult to shave due to their curved shape.

For skipjack tuna smaller than 3kg, the fillets from the tuna are not separated into dorsal and ventral fillets, but instead kept whole and made into a special and rare kind of Katsuobushi known as turtle katsuobushi (亀節 kamebushi). Due to their wide width, I was recommended to shave the turtle katsuobushi on its side to fit the width of the shaver. This particular cut of Katsuobushi is typically gifted at a wedding or as a celebration of longevity. This is because its broad appearance is supposed to resemble a turtle shell and symbolism good luck.

*Tuna heavier than 6kg are typically not used to make katsuobushi as they are much harder to dry out completely due to their large volume.

A more detailed explanation of this can be found here for seasonal differences in Katsuo and here for a more in-depth process of Katsuobushi is made.

In terms of seasonality, katsuobushi is in season two times a year in Japan, from April to June (4〜6月) as First Katsuo (初鰹 hatsu katsuo) and from September to October (9〜10月) as Returning Katsuo (戻り鰹 modori katsuo). Hatsu katsuo is far superior and prized compared to modori katsuo because the high fat content of modori katsuo increases the risk of the fish going rancid (or the fat oxidising) during the process of making Katsuobushi. Which would cause the resulting dashi to develop off flavors. Furthermore, this high fat content causes the katsuobushi flakes to break apart and become powdery when shaved compared to hatsu katsuo. 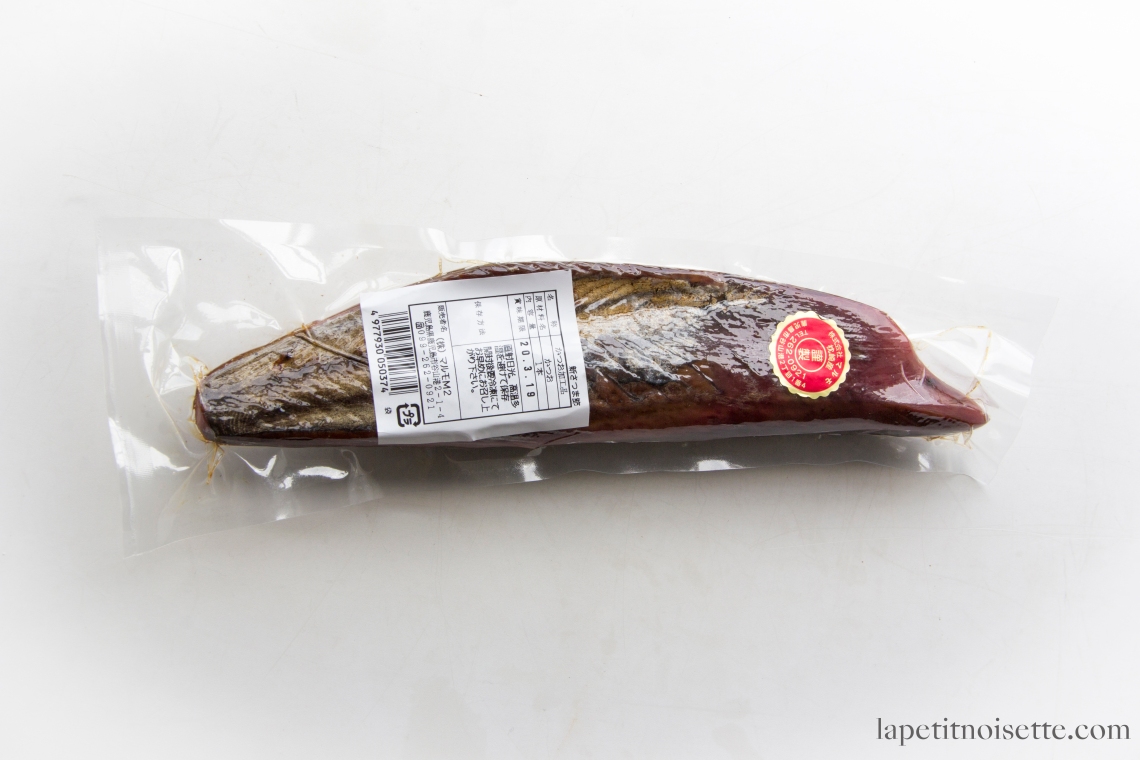 As mentioned above, arabushi is packaged and sold after having undergone the smoking process without fermentation and is thus the cheapest to buy. Products sold as Karebushi have been innoculated with Aspergillus glaucus and allowed to ferment. This product is a good intermediate product that is reasonably priced. Honkarebushi has undergone the fermentation and inoculation process over three times and is the highest quality you can buy without going to a katsuobushi specialist.

There is an even cheaper product sold on the market which seems to be liquid smoked arabushi. It is sold in vacuum packs, but liquid is visible inside the package in the form of oils. I recommend against buying this product. The liquid from this arabushi will stain your shaver and also cause the carbon steel blade to rust.