Maybe you brought a fillet of katsuobushi online (it’s becoming more and more available), or you brought some back from Japan with you. Either way, if you don’t live in Japan and your katsuobushi spoils its a real pain – and really expensive – to get more. The good news is a whole unshaven block of katsuobushi can last for a very long time.

When you buy a katsuobushi block in Japan, a local market will wrap it in a plastic bag, and a speciality store will come sealed in packaging. If your fillet is vacuum packed, and you live in a cold country or store it in the fridge, a whole fillet can probably last three or even four years if you’re lucky. This is because the outer layer of katsuobushi is usually covered with the dust of dry mold (Aspergillus glaucus) as well as the outer crust formed from the smoking, making it virtually impenetrable. As time goes by, however, the remaining internal moisture means that katsuobushi can still go stale and lose its flavor.

If you bought it at a local market and it isn’t wrapped however, you will need to be careful how you store it. If you have a vacuum pack machine, ideally you would vacuum pack it yourself. But failing that, your best bet is to use silica gel packets to keep it moisture free. When storing and caring for your katsuobushi, the number one enemy is moisture. This is because a katsuobushi fillet has an average internal moisture content of around 12-15%, with the outer layer being even drier. This moisture content is low enough by itself to prevent moisture growth, but if any additional moisture starts to accumulate on your katsuobushi, it will start to absorb the water and then rot.

If you can’t find Silica Gel packets you could always try without but if might not last up to 3 years.

Once a block is shaved, and the protective crust is removed, the exposed ruby-red core is vulnerable, particularly in humid climates. This means that once you shave katsuobushi, it should be wrapped in cling wrap or placed it in a ziplock bag, and then stored in the fridge.

But, the fridge is almost too effective at protecting the fillet from humidity. It can dry out the katsuobushi, causing it to become brittle and powdery when shaven. It is important to wrap the fillet carefully, to prevent what little moisture is left from leaving the katsuobushi.

Katsuobushi’s low moisture content makes it relatively hard to eat and to sustain life, and is therefore relatively pest free. Rice weevils that appear in Asian kitchens also seem to avoid it, even after it has an exposed surface. There are, however, mites that burrow into katsuobushi. These mites seem to be the same ones that eat into wood, but are mainly found in Japan and only become a problem if you store your katsuobushi in a household storeroom. If, like most people, you buy it and use it up quickly or keep it in the fridge, pests are generally not a problem. 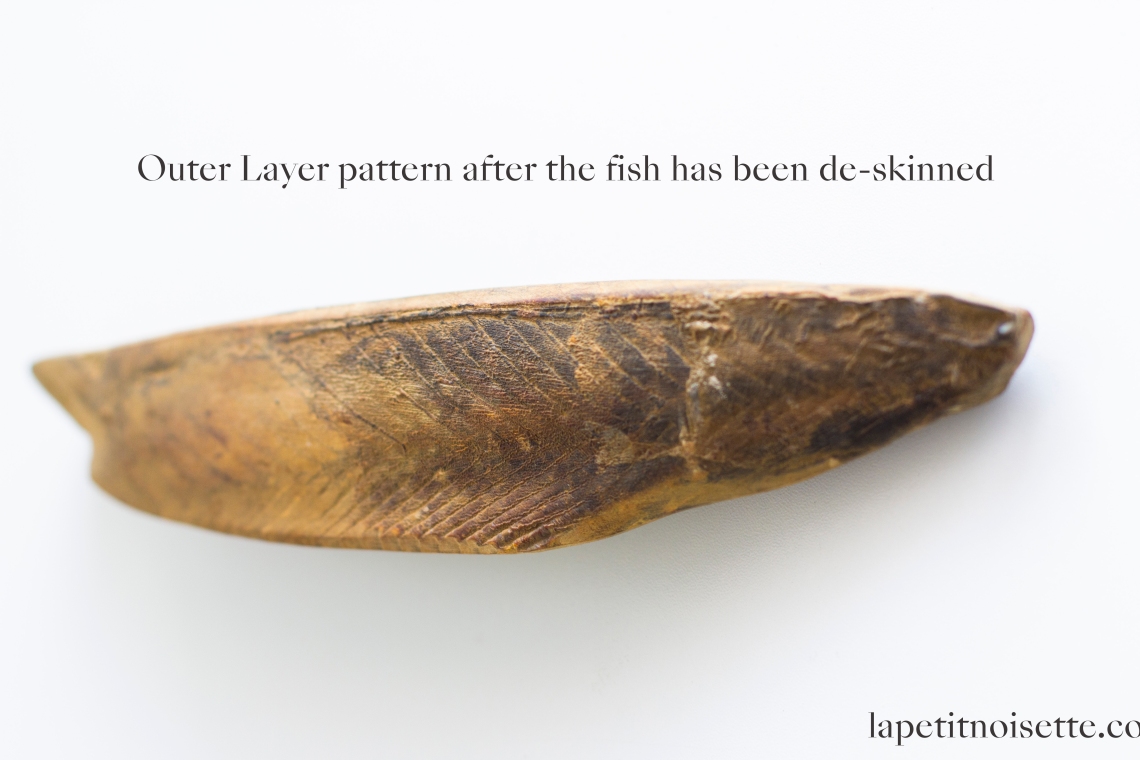 To identify a well kept Katsuobushi (or even choosing one to buy):

Pre-shaved Katsuobushi, known as Hana Katsuobushi (花鰹) can easily go stale due to oxidation if not stored properly in less than a week. In order to counteract this, pre-packaged Katsuobushi filled with nitrogen gas, which displaces the oxygen and stops the flakes from going stale. However, once opened, the Katsuobushi flakes will quickly lose their taste as the nitrogen gas will have escaped the package. For best practice, quickly reseal the bag after opening and store in the fridge once opened.